Feliz Noche Buena! It’s here guys we officially made it, it’s the holidays! It hasn’t been the easiest year, but it’s time to celebrate, we definitely deserve it.

I have about 3 to 4 years working with Darlene from Suitheelscurves , my favorite blogger. She focuses on everything from lifestyle, family and plus size fashion. She’s so freaking sweet and every time we work together, it’s always fun!

Since we like to work together in batches, let me explain, we take one day, with a whole bunch of outfits, and create content in bulk. So to me I didn’t think it was out of the ordinary to show up and go in one a few concepts today.

Little did I know that’s Arlene, had a pretty nice surprise up her sleeve, or should I say in her belly!

Creating these announcement images for Darlene was such a blessing, I definitely jumped up and down and gave her a huge hug! Now Michaela is going to be a big sister and her excitement is nothing short of enthusiastic. 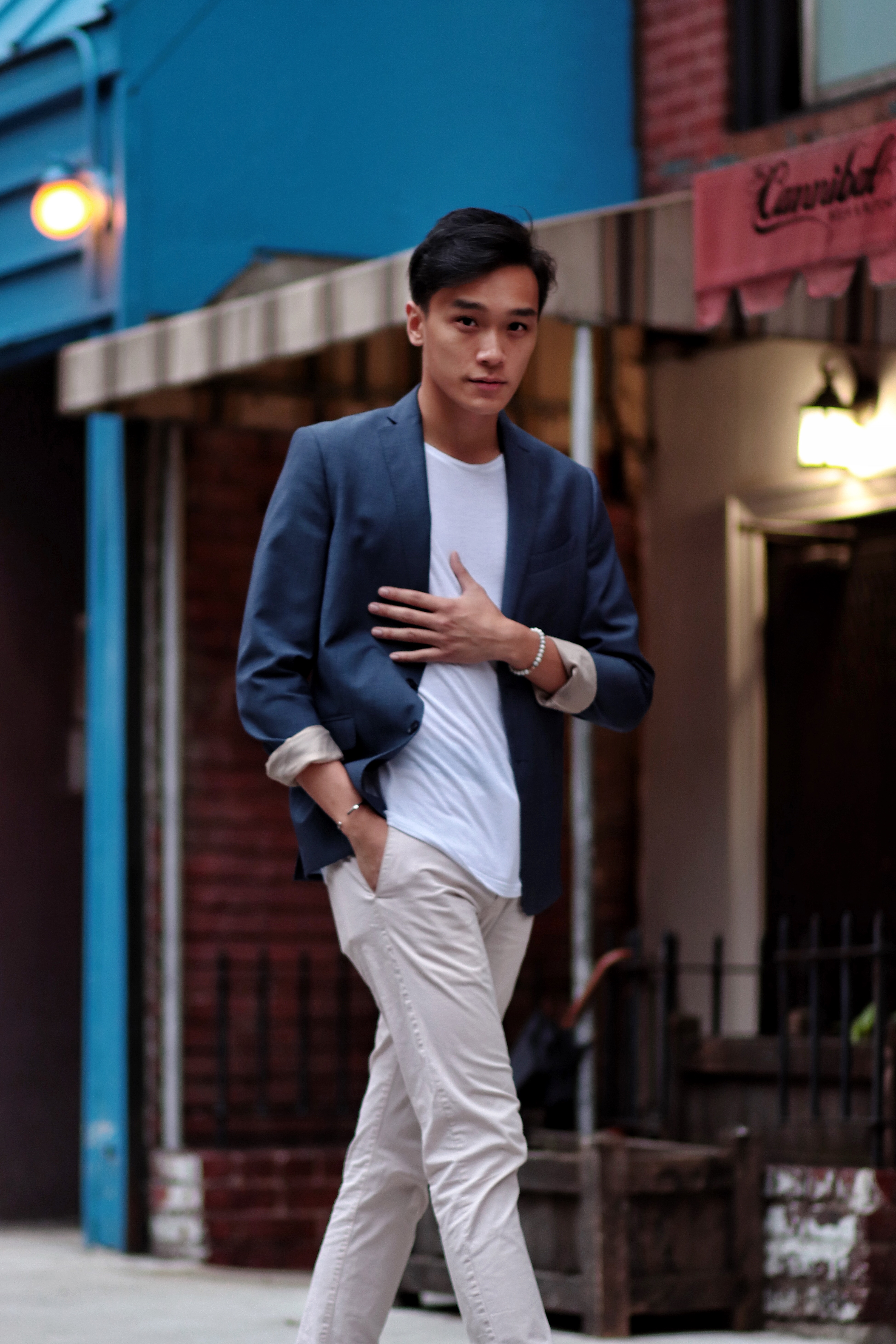 This year I have fallen in love with my camera more than ever. I’ve been putting in work, and I can see the growth. I’m so proud of myself. I know you guys are usually used to me drawing and photographing women, but I’m here to tell you, that I haven’t forgotten about you men. Working with Sonny was a nice experience, and who wouldn’t have a good time with laugh lines like his?
I have so many more photo sessions that I can’t wait to share with you guys, so please stay posted.
Best,

Dont’t forget to follow Sonny on his IG: @soul__ful and like always you can find more of me on either of my instagrams: @millistephania & @millistephaniaphotography

I don’t even know where to start, I guess the beginning will be a good choice but I rather start with the thank you’s.

Thanks  to Matthew Colon, who at last minute gave me the opportunity to work under his co-partner Cass Jones; founder of VIP Skinz ( a body art shop, both temporary and permanent ).

With this call I was given the chance to work behind the scenes at “The House of Roderick’s Pompadour Winter Fashion Show” for 2013’s Fashion Week that was being hosted at the infamous Empire Hotel Rooftop.

I guess now we can start at the beginning. . .

It was a rough morning. A very ” why out of all days is this happening to me” morning.

I headed out my apartment ready for a busy day, with my roller bag that was a little way too loud once it hit concrete, but it would have to do.

Everything fit perfectly and better yet, I didn’t have to struggle carrying anything. Especially since I was coming from Brooklyn.

Little did I know, and of course I happened to notice on the train ….

That horrible smell, I couldn’t stand it, and it was wickedly concentrated. Thanks to my cat, sarcastic as I could ever be… I failed to noticed that Vandal had taken upon himself to mark his territory on my bag.

And I of course only noticed when I was already on the train, looking at the time every chance I got.

I was running late, already on my way, worried and now I have to deal with the embarrassment of this stench. How professional.

Problem No.2 – I’ve never been to the Empire Hotel before, yes I’ve been invited many many times, which mostly was an invitation to wear a too tiny mini skirt, and parade around in heels until I got so drunk I wouldn’t be able to say pronounce my name anymore. I always said no.

I take my phone out to the GPS the directions and today, of course my phone decides not to be activated.
And no, not because I didn’t pay it… But bc I share the plan with irresponsible people who I barely see, let alone speak to.

But that’s a whole other story. No phone. No directions. I head to Columbus Circle because that’s the best my memory lets me get to and ask my way around, asking anybody and everybody where this hotel may be at.

It’s 10:20 am and I only wish I could reverse time by 20 minutes. I swear, I’m always late. I panic and make my way to the rooftop where I was told everyone ( body painters, constructors, models,  and Roderick himself will be. )

Empty. If I was in the wrong place, I was screwed. With no way to contact anybody ( phone less) I asked around while I dragged around my stinky bag.

I met Freddy, the hotel’s engineer for 12 years and very sweet man who assured me I was in the right place. I was just the first to arrive. He offers me a bottle of water from the bar and tells me to just sit and wait.

Before I even do that I hide my bag across the room as far as I possible can. No one needs to be drenched in that.

I meet two ladies who happen to be event coordinators, and ask to borrow their phone. I call Cass at her shop and she assures me she’ll be there in an hour.  At least I’m not the one who’s late. A relief off of my shoulders.

The models arrive and Roderick does shortly after. I offer to help glue rhinestones on his flyers for the time being to keep myself busy and useful while the girls start to rehearse. Once I see two horns appear through the door I head downstairs to help Matt and Cass unpack all the supplies from the car.

I haven’t had the chance to use an airbrush machine and I was eager to get the chance to learn tonight. It doesn’t look too difficult anyway.

There was a lot of time in between actually starting to paint, but once we started I was excited to finally begin.

We started with the 4 men who were to be positioned at the the end of the runway. Painted as roman/Greek statues.

We airbrushed for a little while until the machine broke down and refused to work, which let us to our last minute plan B solution.

We watered down some acrylic paint and some airbrush paint and started to sponge the guys down.  I had some guys screaming at how cold the water was, but all I could do was laugh.  I was titled “the evil one” all night.

When it came to the women the concept was simply this: 12 women, half in real lingerie, the other half in fake lingerie.

That’s where we came in.

We, as in Cass, Matt and I painted stockings, garter belts, corsets, and bras.

It looked, what can I say… I personally think we did really well. Not to mention, that we finished RIGHT on time.

The show was already starting, cocktail hour had begun an hour ago, it was now 9pm and the models needed to be out.

Roderick placed all the jewels on the models and they looked great.
That man really knows jewelry! Hey, that’s what we were all there for.

Karen Gravano from Mob Wives was the guest emcee and the music soon began.

Cass, Matt and I didn’t even have time to go and change… So we did the only thing we could do…

We stripped down and threw on our fancy cocktail attire, all while covered in paint ( good thing I bring baby wipes ) we all got dressed in less than two minutes….

And hey, we’ve been seeing boobs and spreading buttcheeks ( while we painted, pervs! ) all day, so I doubt we made any difference in all that behind the scenes action.
I ran out to catch the best glimpse of the show that I possibly could. After all this hard work, I definitely wanted to enjoy the end result.

Everyone seemed to love it.
Once the dancer, ( Phillip did great ) and the models finished with their walks, it was time for the Crew to walk the runway.
I have never had so many flashes come at me at the same time. I had people screaming ” I’m from _____ magazine, look over here !” Or ” this way, this way_____ press”
It was , how can I say… Exhilarating.

All Photos on this blog, by me.

The driven Jorge and and Edgar asked Misha  and I to be P.A.’s for an upcoming project.

and I was excited, how could I say no?

The talented  Danny Hastings from Atomicus Films would be shooting, for all you spanish music lovers out there, bachatero  Toby Love ‘s  new music  video, Lejos.

The first day we started to  set up, I was up and ready to go by like 10 p,m Yes, we were working at night.

Once we got to the location, everything was covered in dust. We had so much work to do.

We needed to make a  bar, work on the stage, remove  many furniture that just doesnt fit, clean, paint, add lights,  and  so on.

So we got started.

After all the work we did, we still were not  finished.  Day two rolled around and we got started right away. Jorge started to paint his speak easy sign while I got a hold of the curtains that are on stage. I have to say, with the limited fabric I had, I think I did them enough justice. ♥

I couldn’t miss this. I finally arrived by 10:30am ( long way to Brooklyn )  and everyone was already set up.

I was glad I didn’t miss much.

The wonderful Pia  was doing wardrobe  and I have to say she did great!

I’ve seen her strut her fashion senses when we were in High School together,  in  our fashion illustration classes together, and even in our annual fashion talent  shows,  but things like that are never really the same once you’re rushed and being put under pressure because of timing and one horrible person you have to deal with and answer to.

Yes, I went there. hahaha

Any way, to back to our behind the scenes posts, enough drama.

You could tell he was loved by many , not just because of his twitter stats, but because he was very down to  earth, cracking jokes and such kind of dude.

I cannot express enough how much I was glad he was just him and nothing to extravagant.

Hooray for celebrities that aren’t douche-bags!

Can you believe this awesome dress that the female lead Sally was wearing for the Flash back shot was Pia’s High school Prom dress!

It looked amazing on her.

Sally’s acting was on point, especially her face expressions.

Well, I hope you guys enjoyed a sneak peak into this video.  I have been holding this post hostage until Gabriel was finished editing all the clips together, so you guys can have everything at once.

Everyone was absolutely fantastic to work with. I had such a great time and experience and I definitely hope it’s not the last.

So enough stalling, here’s the end result. Enjoy, and please don’t forget to visit all the links below that take it back to those who made it happen.