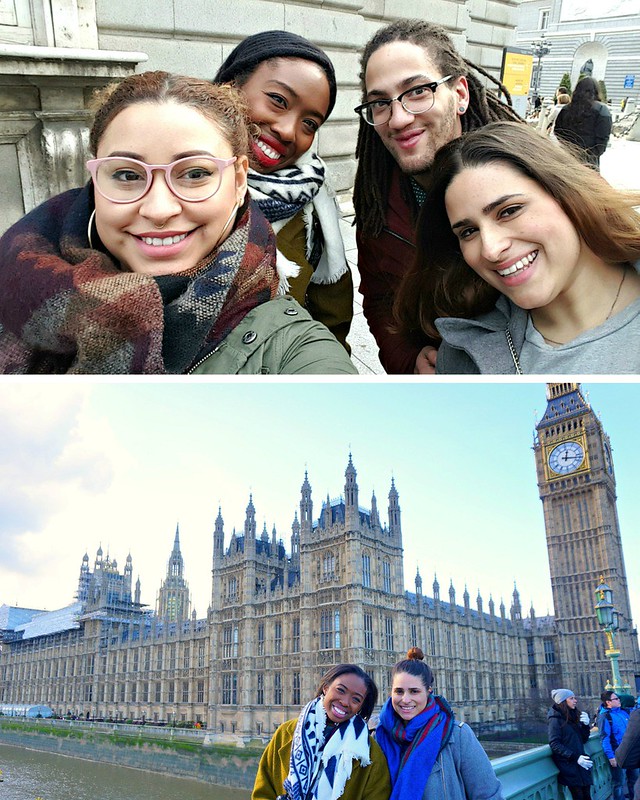 We’re exhausted, all in different levels. We had to be out of the house in Madrid at 6am. Chris and Pia took a hefty little nap while Nikki and cleaned up the space and packed up all of our things. I’m glad I wasn’t drinking too crazy. I got no sleep, and managed to get Chris and I ready and out the door.

Finding a cab was pretty quick, thank goodness, because all the noise we were making that early in the morning, think cobblestones and rolling luggage. Honestly, I don’t even think it mattered that much, there were still so many drunkies out partying and hanging out in the streets.

Our flight from Madrid to London was fairly quick, we all pretty much took a nap since we didn’t get any sleep before. Our layover in Lonson is only about 6 hours, and we were determined to make the best of it. We had to get back to the airport at least 3 hours before our departure, and taking the metro out of Gatwick airport into London Victoria was 30 minutes ride each way. We had about an 2 hours to get it all out of system, and not to mention how to figure out how to get there. 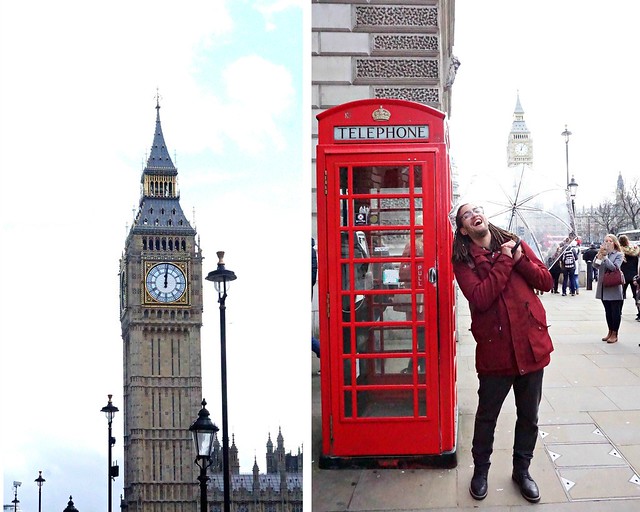 We all had some sort of carry on bag with us, and leaving our luggage at the airport was tricky due to the long line. We struggled with our bags and made it work… off to the the Buckingham Palace. Holy crap… London is hectic, there were so many tourists, more than Madrid and Paris combined, at least in my opinion. Signs of CCTV surveillance were everywhere, I guess you know, with the Queen and all.

There were guards making their way in and out of the palace, and everyone was waiting to see if any of the royal family would make an appearance, there was no such luck.

We kept on walking and trooped it to the in famous Big Ben, the clock tower that over looks London, it was so tall and pretty! I think we went a little nuts when we saw the red telephone booths, everyone was making lines just to snap a pic.

Even though we didn’t have time to actually go inside anywhere we managed to pull off a quick lunch we could take back for the ride back to the airport. Fitgi and I ordered some fish and chips. While the chips weren’t really appeasing, the fish was quite decent, especially after you haven’t had anything to eat in a couple of hours.

My feet were killing me, I was actually looking forward to that 8 hour flight back home, just so I can kick my feet up and do nothing for a while!